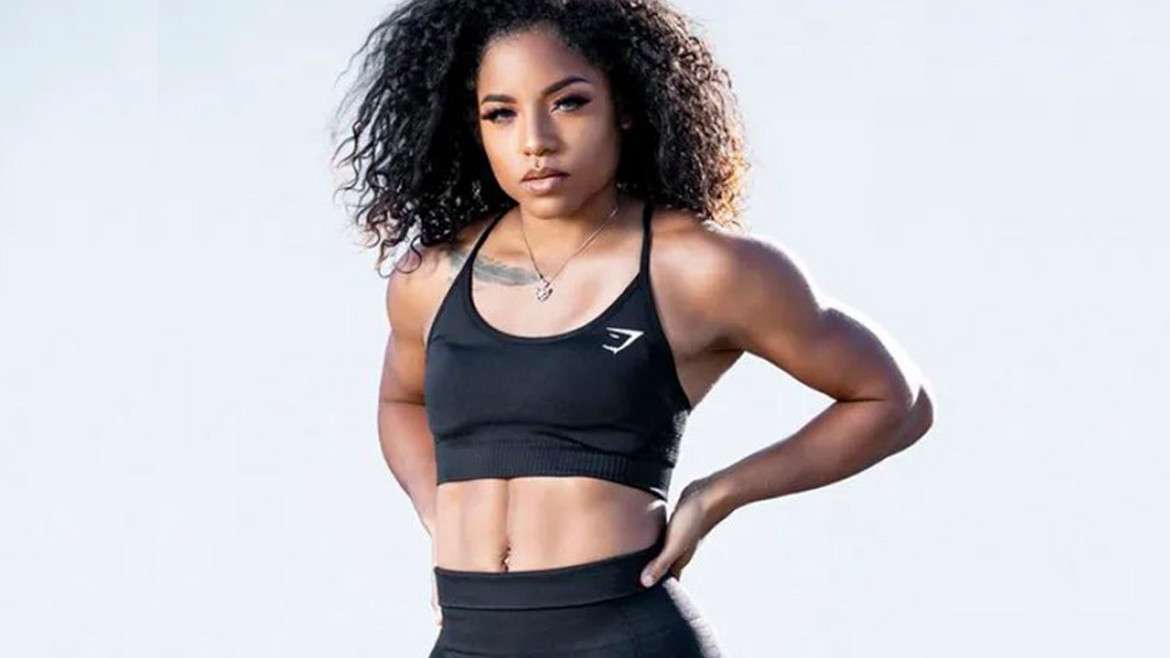 The polarizing fitness Icon, with more than 1million combined social media followers(@trackbaby001), has signed to play tackle football in the most competitive women’s tackle football league in the country. Deck has grown a global fan base online and has amassed considerable wealth through numerous fitness ventures (TRONUS).

Known at one time as the highest-paid woman in football, she is now poised to jump into competition with the top players in the country.

Santia is no stranger to competition. She had a storied career in track and field, rugby, flag football and is recognized as an influencer on the world stage for her training skills. Deck is now ready to put those skills to the test on the world stage, with her Atlanta Phoenix teammates.

The Phoenix are a storied franchise in women’s football, with decades of success, and a polarizing brand of their own. The WNFC is the premier women’s tackle football league in the world with 17 teams across the US, Global Media Rights Deal with Vyre Network, and sponsorship from adidas, and Riddell Sports.

Santia will be making her WNFC debut on April 2, 2022, as the Atlanta Phoenix takes on the Alabama Fire, live on Vyre Network. is www.wnfcfootball.com

professional protective women
We use cookies on our website to give you the most relevant experience by remembering your preferences and repeat visits. By clicking “Accept All”, you consent to the use of ALL the cookies. However, you may visit "Cookie Settings" to provide a controlled consent.
Cookie SettingsAccept All
Manage consent

This website uses cookies to improve your experience while you navigate through the website. Out of these, the cookies that are categorized as necessary are stored on your browser as they are essential for the working of basic functionalities of the website. We also use third-party cookies that help us analyze and understand how you use this website. These cookies will be stored in your browser only with your consent. You also have the option to opt-out of these cookies. But opting out of some of these cookies may affect your browsing experience.
Necessary Always Enabled
Necessary cookies are absolutely essential for the website to function properly. These cookies ensure basic functionalities and security features of the website, anonymously.
Functional
Functional cookies help to perform certain functionalities like sharing the content of the website on social media platforms, collect feedbacks, and other third-party features.
Performance
Performance cookies are used to understand and analyze the key performance indexes of the website which helps in delivering a better user experience for the visitors.
Analytics
Analytical cookies are used to understand how visitors interact with the website. These cookies help provide information on metrics the number of visitors, bounce rate, traffic source, etc.
Advertisement
Advertisement cookies are used to provide visitors with relevant ads and marketing campaigns. These cookies track visitors across websites and collect information to provide customized ads.
Others
Other uncategorized cookies are those that are being analyzed and have not been classified into a category as yet.
SAVE & ACCEPT

Get a one-time email alert the moment this product drops
My cart
Your cart is empty.

Got a discount code?
Shipping
Total$0.00
Your cart is empty. Shop now
Powered by CartPops (opens in a new tab)